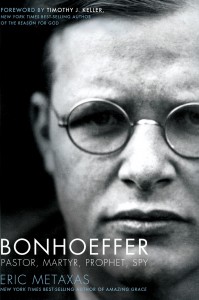 We live in an age that does not think always think about how to learn from history. However, many wonderful biographies have been written lately, and one of the best examples is Bonhoeffer: Pastor, Martyr, Prophet, Spy (Thomas Nelson, April 2010) by Eric Metaxas.

Dietrich Bonhoeffer was a Lutheran pastor living in Germany in the first half of the 20th Century who took part in a plot to assassinate Adolf Hitler. Bonhoeffer did not arrive to this decision hastily. Metaxas shows how Bonhoeffer, a committed believer, arrived at this radical step.

Known best for his classics The Cost of Discipleship and Life Together, Bonhoeffer was executed in at Nazi concentration camp for his part in the plot. History would vindicate this man for his bold stand for what is right.

You’ll be drawn into everything the author describes. You also will be forced to consider what you would have done if you were in Bonhoeffer’s shoes. 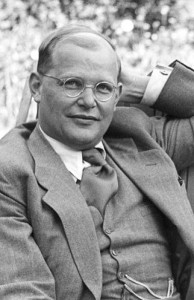 There are many parts of Bonhoeffer’s life that are less famous than the assassination plot, but those things shaped him into who he was. “Readers will discover fresh insights and revelations about his life-changing months at the Abyssinian Baptist Church in Harlem and about his radical position on why Christians are obliged to stand up for the Jews,” said Metaxas. The book “also sheds new light on Bonhoeffer’s reaction to Kristallnacht, his involvement in the famous Valkyrie plot.”

If you have any desire to learn from the lessons from the past, this book is for you. Who knows? Christians may be faced with a looming evil in our own day, and the study of Bonhoeffer’s life would help us make wise decisions and learn obedience to God.

“Silence in the face of evil is itself evil: God will not hold us guiltless. Not to speak is to speak. Not to act is to act.” — DIETRICH BONHOEFFER