Happy New Year’s Eve to you! So much happened in 2015. Personally, I can look back and think of heavy times, both personally and culturally. I also recall joyful times that allow me to be thankful for family, friends and people I admire and appreciate.

The year 2015 was a time of challenge and of accomplishment. It was a year of facing ethical issues that were so bold, direct, unavoidable and yet refining. These issues required us as Evangelical Christians, followers of Christ, those “who belonged to The Way” (Acts 9:2) to search for ourselves what we do believe, and they required us to give a defense for anyone who asks for the hope that is in us (I Pet. 3:15-16).

For this edition of Doyle’s Half Dozen, I focus on six “Difference Makers.” This is not an exhaustive list. I’m just keeping with my theme of six (thus half dozen). But this is a list of people who have shown light in the darkness, and they have helped encourage other believers in the faith.

Just for clarity, the list is not a “ranking” of who is the best Difference Maker, but everyone on this list are people who noticeably made a difference in sharing the Gospel this year.

My admiration for Russell Moore grew this year. He also has increased his “limelight” status, as he made multiple appearances on news shows to discuss a variety of issues, including religious liberty, marriage, immigration and presidential candidates. As president of the Southern Baptist Convention’s Ethics & Religious Liberty Commission (ERLC) he is a voice of reason, offering a Christian worldview on many troubling issues.

His new book Onward is going to become an excellence reference as Evangelical Christians continue to experience trying times in a changing world. 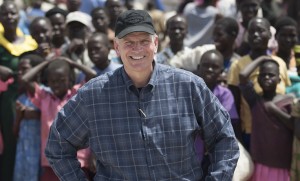 Franklin Graham has been established as a leader among Evangelical Christians for quite some time, but in 2015, he seemed to have raised his profile, especially in social media. Early in 2015, his commentary caused Duke University to rethink having a Muslim Call to Prayer. He has been outspoken on biblical marriage, as well as other top issues in our country.

Franklin Graham also had influence in Oklahoma, making two public appearances including the Oklahoma Baptist’s State Evangelism Conference last January and with his Good News Festival at the Chesapeake Energy Arena in August. Though he has made some controversial remarks, regarding Muslims, Graham is one being used of God to further His Kingdom.

I first heard Rosaria Butterfield speak at the National ERLC Conference in Oct. 2014. She is a stumbling block for those who attempt to justify homosexuality in the Christian faith. She also can make misguided Christians uncomfortable and point out their flawed viewpoints and practices. Most importantly, she is making a difference among those who struggle with same-sex attraction and those who are called to encourage and support those who want to be free from homosexuality.

Well-known Christian blogger Tim Challies said of Butterfield, “There are some stories that just need to be told—some testimonies of the Lord’s grace that are so unusual and so encouraging that they will bless everyone who hears them. This is exactly the case.”

If you have not heard Butterfield speak or have not read her book The Secret Thoughts of an Unlikely Convert you should benefit yourself and become familiar with this amazing, graceful woman. 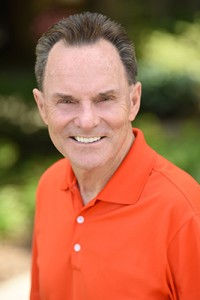 Ronnie Floyd is leading the charge to revive the Southern Baptist Convention. He completed his first year as SBC president and made some noticeable changes at the SBC Annual Meeting in Columbus, Ohio that were effective and unifying.

Floyd’s energetic personality and willingness to bring people together from different backgrounds and philosophical stripes among Southern Baptists is making a difference in the largest Christian denomination. This is a long journey but Floyd has increased the speed of the pace. 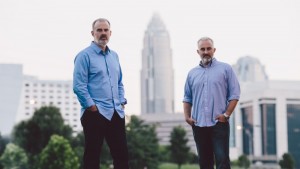 Christian filmmakers Alex and Stephen Kendrick made great strides in 2015. They have been known for their Faith-based movies such as Facing the Giants, Fireproof and Courageous, but their recent release War Room reached a new level as it became a box-office hit, making more than $11 million on opening weekend. As of early December, War Room has grossed almost $68 million.

Though Kendrick brothers have amazing financial success what is even a greater praise is how they are impacting God’s Kingdom by reaching unbelievers and inspiring Christians to have their own “war room” of spiritual warfare, by increasing focus and time spent in prayer. 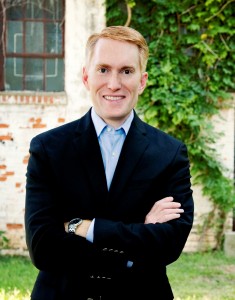 Senator James Lankford has been a difference maker on the floor of the U.S. Senate. He was a leader in the cause toward removing federal funding to Planned Parenthood, the largest abortion provider in the world. His work is not finished, but in 2015, he was among a group of government leaders who responded to the awareness that was instigated through hidden videos of the practices done by Planned Parenthood of selling parts of aborted babies.

Lankford was the first to speak in the U.S. Senate about these videos. He reasonably spoke with those on both sides of the aisle about this important issue that reflects Sanctity of Life.