Various news publications, inspired by TIME magazine, announce a “Person of the Year.” This has not been a tradition at the Baptist Messenger or Word Slingers to join in. But 2015 was such a banner news year, that it calls for someone to weigh in.

In a year that featured news headlines on “Cecil the Lion” to the mandate of same-sex “marriage” in all 50 states, what would the criteria be? There are no doubt politicians who made a big splash in 2015. There are unsung heroes of the faith who, through prayer and deeds done in the Name of Christ, have made an eternal impact beyond measure. 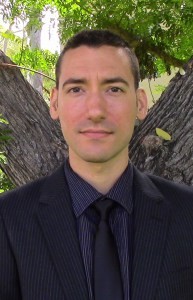 For this blog post, my main criteria is cultural impact in public. Therefore, for 2015, my person of the year is David Deleiden, a 26-year-old Catholic pro-life activist who filmed and released undercover videos exposing Planned Parenthood for the practice of harvesting and trafficking body parts from aborted babies. Here are three reasons:

1. Created a cultural conversation. Using social media alone, David Deleiden’s serially-released videos from the Center for Medical Progress garnered millions of views. Even those who refused to watch the videos had to talk about them. While there is not 100 percent agreement, even within the pro-life movement, about what these videos mean, policy wise, the videos have undoubtedly created a very important conversation.

3. Changed hearts and minds. Even if the polling data does not reflect a permanent shift toward life, the Planned Parenthood videos clearly brought now proponents for life to the conversation. Look no further than USA Today columnist Kirsten Powers, whose July 22 editorial that went so far to say, “When abortion doctors are elevated to gods who may not be questioned or held accountable, society has officially gone off the rails.”

I certainly understand that there will be those, Christians included, who question the motives or methods of Deleiden. There will be others who will dismiss the videos as mere propaganda. Sadly, there will even be those who blame Deleiden and his videos for acts of violence directed at abortionists.

Yet no one can rightly argue against the fact that in 2015, with virtually no money and no help from mainstream media or people in power, this particular David took on the “Goliath” of the abortion industry and scored a big win for the conversation to protect unborn life. This makes him my choice for 2015 person of the year.