It’s a beautiful Friday, as I take to writing this week’s Doyle’s Half Dozen. Most of my topics involve the Republican Presidential Campaign. The hottest topic at this moment is the discovery of a knife that came from O.J. Simpson’s former property (how bizarre is this?), but right behind this astounding newsbreak is the GOP campaign. So it should come as no surprise what I’m going to discuss.

Last week I wrote about how I almost did not write about the GOP debate in Houston. That turned out to be a major word war that could not be overlooked. This week’s debate started out with similar style of name calling and a brutal back and forth between Trump and Rubio and then Trump and Cruz. And then Trump got lambasted by the moderators with legitimate inquiries.

Say what you will about Donald Trump, he is definitely the most polarizing candidate ever in political campaign history. Only the Aaron Burr-Alexander Hamilton political feud would have a worse conclusion. Trump brings all this extra intense drama with his unorthodox style of personal attacks and heated responses. It should be understandable why he draws both appeal and disdain.

I have expressed support for Marco Rubio, and I believe the Florida senator has been the best overall in the debates. However, along with the one in New Hampshire, this week’s debate would be his only other performance where he did not get the highest grade. Though some may justify his heated exchanges with Trump, I believe the wider audience disapproves of Rubio’s recent tactic.

Ted Cruz was the winner. His Trump attacks were slightly more civil than Rubio’s, and his attacks were spot on, as far as bringing up Trump supporting liberal democrats and emphasizing such support hinders important political factors such as Supreme Court nominations. Cruz’s best moment was when he spoke on the demise of Detroit as the result of liberal agendas. His most uncomfortable moment was when he had a small piece of mint hanging on his bottom lip while he spoke.

I would give a tie between Rubio and John Kasich for second place. Rubio lacked some tact during his heated moments with Trump, but he had some strong moments too. Beginning with his early comment, “Let’s talk about the issues, starting tonight,” Rubio discussed the issues masterfully. His answer on the Second Amendment was one of the best ever in a debate, and Rubio proved once again he is the best candidate on foreign policy. And his yoga “flexible” remark was perfect timing and the funniest moment of the debate.

Kasich shares second place because he did appear to be “the adult” in the debate. He is the strongest on economic issues, and his proven record helps this. He also saved face with his religious liberty answer, overcoming his response in the previous debate. He did not have a blundering moment, but there is something about Kasich that seems to prevent him from connecting with voters. He is competing for “air time,” as the other three have drawn more interest from the media, but I still believe being a late entry, even though we are further along in the campaign, factors in to his inability to draw more publicity.

As I said, Trump got bombed and deservedly so. He was proven to be wavering on issues. He did not handle the Trump University issue well. His plan on handling the budget was proven to be faulty. He looked bad with his off-record conversation with the New York Times. Then with his own instigated comments of name calling and male organ reference, Trump looked horribly distasteful and incapable of being a candidate for the President of the United States.

However, it’s hard to say if Trump’s bad debate performance will have a factor in his front-runner position.

I did some research this week. As it is commonly known, Trump has never held office in any political position. He is only known as an international business man.

There have been only five U.S. presidents who won the election without holding an elected office. John Tyler was an Army major general and commander during the Mexican-American War. U.S. Grant was the commanding general of the Union Army during the U.S. Civil War. William Taft was secretary of war under Teddy Roosevelt. Hubert Hoover was secretary of commerce. Dwight Eisenhower was a WWII general and Supreme Commander of the Allied Forces.

So if it were to come to pass that Donald Trump were to win the presidential election, he will be the first-ever business man to win with no previous civic leadership.

Denny Burk, professor at Southern Seminary in Louisville, Ky. told about his experience of attending a Donald Trump rally. He says up front he is not a Trump fan, but he went “to see what all the hubbub was all about.” Check out his blog here.

The whole article is a good read, but here’s an interesting outtake:

“Probably my main take-away from listening to him in person was his ability to stoke anger and outrage. The people he appeals to are frustrated with their government. They are frustrated with jobs being shipped overseas. And they are frustrated with a sense that the political elite don’t listen to them. He knows how to stoke that frustration into a blazing rage, and that is what he does at his rallies. The people exult in his outrage because it is theirs. And many of them are willing to either abide or overlook the blatant demagoguery and strong-arming of dissent.”

Russell Moore wrote an article this week in Christianity Today titled “Should Christians Vote for the Lesser of Two Evils?”

Love his conclusions. He is the best on how to participate in the culture as a “Gospel Christian.”

When addressing the concern of voting for a candidate who eventually does not follow through with promises, Moore writes, “…the sense of surprise and disappointment is not the same as knowingly delegating our authority to someone with poor character or wicked public stances.”

I agree with Moore on how to vote when both candidates appear to be morally disqualified. He said, “My main objective was to participate in the process without endorsing evil.” 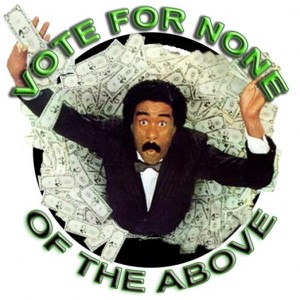 Moore said he has written in a candidate or voted for a minor party candidate. In Oklahoma, the presidential election does not allow write-ins or have third party candidates. This is where I would suggest the “Leave it Blank” campaign. Or if you have seen the movie Brewster’s Millions, vote for “None of the Above.”

Oklahoma State Rep. Ann Coody recently introduced the “Humanity of the Unborn Child Act” bill which proposes to educate teenagers in the public school system that life begins at conception.

My friend Christi Roselle gave her thoughts on how important this curriculum would be in her blog “Schools and Human Sexuality.”

This weekend, March 4-5, at Falls Creek Baptist Conference Center near Davis, Okla., many returning International Mission Board missionaries will be attending a special conference, helping them during this difficult time. You can read about this issue in a column by Anthony Jordan, executive director-treasurer of the Baptist General Convention of Oklahoma, titled “A cooperative effort.”

Pray for these men and women who committed their lives to the mission field abroad and had to return due to a financial crisis. They will be receiving guidance, networking opportunities as well as other support and encouragement while they see what God may do “next” in their lives.