Categories Menu
Home » Life » Did being on a ‘Sports Illustrated’ cover curse the...

Did being on a ‘Sports Illustrated’ cover curse the Thunder? Yes? No? Maybe so!

With the Oklahoma City Thunder leading the Golden State Warriors 3-1 in a best of seven series, the surprised sports world fully expected Kevin Durant and company to finish off Steph Curry and the Warriors in one of the next three games.

After all, Golden State looked totally beat, plus teams up 3-1 almost always win. Then it happened. My least favorite sports magazine, Sports Illustrated, featured KD and the Thunder triumphantly on the cover, thus bringing to mind the “SI curse.” 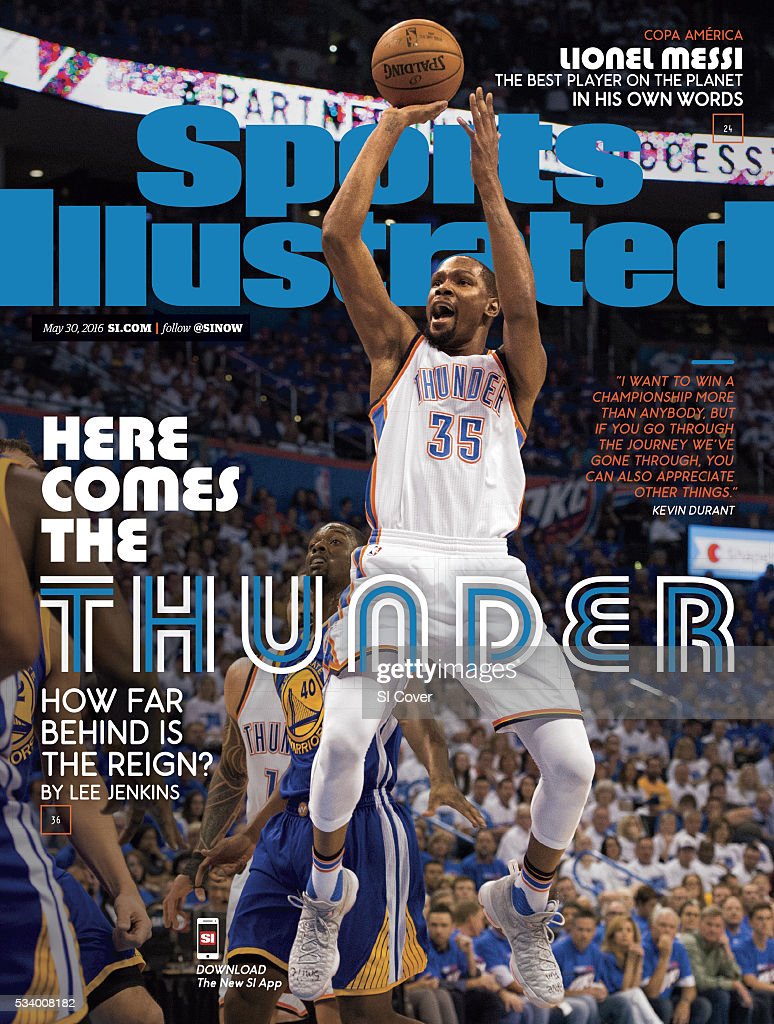 If you are not familiar, the SI curse or jinx is the sports phenomenon in which individuals or teams in the rise get front-page glory in the most read sports magazine in the world, only to have their hopes dashed immediately following. But is it really real?

There are three ways to look at this:
1. “Yes it’s real, just look at the results.”
There are no shortage of examples: a Bud Wilkinson OU team was called “unbeatable” on the cover then lost to Notre Dame; decades later, an unbeaten Notre Dame team graced the cover then got destroyed by Alabama in the championship. The list goes on and on and on.

2. “No it’s not real, just a coincidence.”
For as many times as the curse has come to be, there are many more examples where it has not. Objectively speaking, you can make the case that being on the cover is not what led to the downfall. It was the action within the games themselves not on magazine stands.

3. “Maybe so, but not like you think.”
The Bible teaches that words have meaning, as do words of blessing and curse (look at Jacob and Esau), but not in the way sports pundits (or prosperity gospel preachers for that matter) think. You would be hard pressed to say a secular Sports mag carries such real force of blessing and curse. It is more biblical to say that being on the cover causes athletes and teams to be prideful, and to believe they have arrived before they really have.

Therefore, I think view number three is best, because it is probably not a curse per se, but it does tempt toward pride, and correspond with actual, observable problems.

So because Sports Illustrated is such a source of temptation to pride (not to mention lust through their annual Swimsuit edition), I will continue to be irritated and annoyed by the publication.

At the same time I will, by God’s grace, try to take heed, lest I myself fall into temptations of all kinds. So from one beleaguered Thunder fan to others, I’m sorry this happened. I am grateful for a great season and looking forward to the next.

In a bigger sense, while sports adds a lot to life, it’s only sports. Sometimes you win, sometimes you lose.

But thanks be to God, eternal life is found in Jesus Christ, which has true lasting value, a value that even the greatest sports fame and glory cannot offer.