‘I Can Only Imagine’ & ‘Paul’ DVDs lead June family-friendly spotlight

March was a banner month for faith films, and some of those same movies are set to hit the home entertainment market in June, giving families who didn’t see them the first time a chance to watch.

They are among the most inspiring movies I’ve ever watched, and they share the No. 1 position on this month’s edition of “5 Family-Friendly Things.”

But don’t take my word that these are stellar movies. Moviegoers gave I Can Only Imagine a rare A+ in CinemaScore’s exit polling and Paul: Apostle of Christ an A-.

I Can Only Imagine recounts the childhood, teen and young adult years of singer Bart Millard (of the band MercyMe), who grew up in an abusive home but saw his father come to Christ late in life. His father’s conversion inspired Millard to write the popular song I Can Only Imagine. Jon and Andrew Erwin, the brothers behind the films Woodlawn and Mom’s Night Out, directed it.

Paul: Apostle of Christ is part biblical fact and part biblical fiction, telling the story of the Apostle Paul’s finals days in prison as Christians throughout Rome are persecuted. It’s a fascinating peak at the early church, with famous biblical names such as Luke, Priscilla and Aquila making an appearance.

Caution, though, is advised for young viewers of both films. In I Can Only Imagine, the scenes involving Bart and his father are intense. Paul shows us persecution, including Christians being burned alive and used as torchers.

This original Netflix series stars the legendary actress as her adult guests seek life advice from children. For example, actress Lisa Kudrow (Friends) asks the panel what they’d do if they double booked a lunch commitment. (Would they cancel one of the commitments? Should they ask both people to come to the same lunch? The series is rated TV-G, although some of the jokes are a little adult-oriented and one of the episodes (Episode 2) includes a man who had cohabitated with a woman. (Episode 2 also includes Candace Cameron Bure, a Christian.) Still, I enjoyed the three shows I watched.

Based on Louisa May Alcott’s classic novel, this adaptation aired on the BBC in 2017 and on PBS in May of this year, and is now available on Blu-ray and DVD. It tells the story of four daughters living in Massachusetts whose father is away fighting in the Civil War. If you like clean period dramas, then you’ll probably enjoy this one. No sexuality or language. 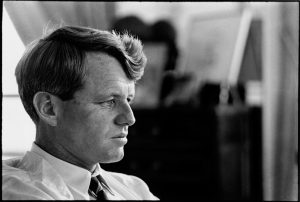 Also on Netflix, this four-part documentary follows the rise of Robert F. Kennedy, who escaped the shadows of his brother and seemed destined for the Democratic nomination of 1968 until an assassination ended his life. Kennedy was known as a liberal, although some of his beliefs would be embraced today by the Right. Netflix’s worthless ratings gave the series a TV-MA label – the same rating they apply to R-type content – but it contains no sexuality and only mild language. We do see photos of Kennedy’s dead body. The series is fine for most teens and maybe some tweens.

If you’ve given up on Netflix, Amazon Prime and Hulu, then give these faith-oriented streaming services a try. Each has their strengths. PureFlix has series such as Greatest Heroes and Legends of the Bible, Friends and Heroes, Character Builders and Torchlighters, while Dove Channel offers Greatest Heroes and Legends, Davey and Goliath, 321 Penguins and Hermie. Of course, each also offers faith- and family-friendly content for adults. Visit PureFlix.com or DoveChannel.com to learn more.